Earth Day brings the world together on the Isle of Man 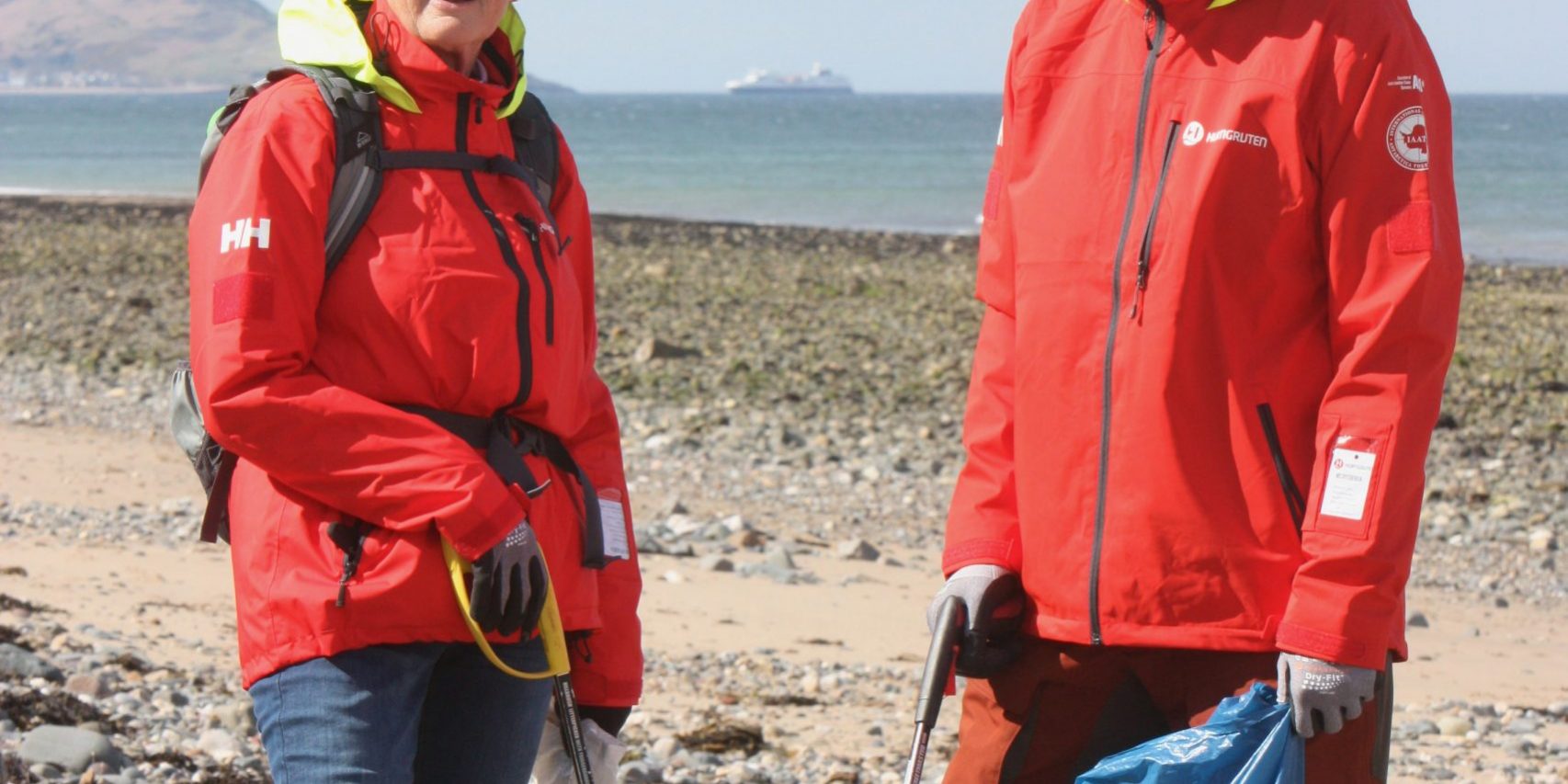 EARTH Day has created stronger connections for the Isle of Man with countries around the world as the result of activities by the charity Beach Buddies, with volunteers from numerous nations taking part in beach cleaning events on the Island.
By hosting special beach cleaning events for Hurtigruten cruise ship passengers and two established Manx companies with extensive worldwide connections, it led to a truly international army of volunteers on the Island during the week of Earth Day (April 22nd).
Volunteers from Australia, New Zealand, across the USA, Norway, Denmark, Canada, Sweden, China, Spain, Holland, France and Italy, as well as across the British Isles, joined in specially organised Beach Buddies’ beach cleaning events during the week of Earth Day, with two events being held on the day itself.
Norwegian-based cruise ship company Hurtigruten provided two teams of beach cleaning volunteers when their ships Maud and Spitzbergen anchored in Douglas and Peel on successive days.
Part of their on-shore activities including teams of volunteers joining Beach Buddies to collect significant amounts of rubbish in Castletown Bay and Glen Wyllin.
On Earth Day itself, Beach Buddies also hosted two major beach cleaning events for the staff of local companies, wanting to get involved in the worldwide movement to protect the planet.
Financial advisers Grant Thornton, which has a presence in 180countries worldwide, joined Beach Buddies on Earth Day, cleaning up large amounts of discarded materials from beaches in the Castletown area.
Law firm Cain’s were also involved in beach cleaning on Earth Day, with a team in action in the Port Erin area, gathering numerous bags full of rubbish which was recycled afterwards by Beach Buddies.
Beach Buddies founder Bill Dale said, “This has been a very special week for us, and it’s a genuine privilege to have met so many people from all over the world who share our concerns about what humans are doing to the earth.
“To have met people from all over the world on the beaches of the Isle of Man and to hear how they feel so passionately about the environment and wildlife gives you hope for the future.
“This week has brought many people from many different countries together on our Island, and it was wonderful to hear how much they loved being here and how they thought our Island was so beautiful. We have made a lot of really good connections which we hope will lead to even stronger worldwide links for Beach Buddies, and hopefully inspire others to get involved.”
Category: Latest News23rd April 2022
Share this post
Share on FacebookShare on Facebook TweetShare on Twitter Pin itShare on Pinterest Share on LinkedInShare on LinkedIn