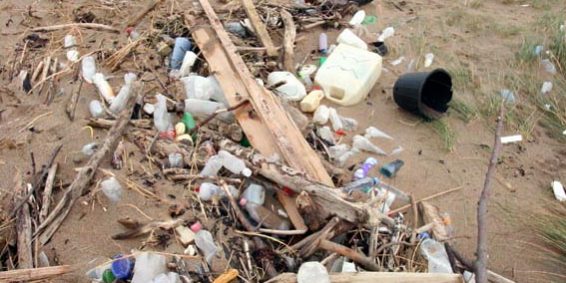 Beach Buddies is delighted to announce that the Isle of Man government has introduced a ban on ten commonly used single-use plastic items, including carrier bags and straws, will be banned on the Isle of Man in 2023 after Tynwald backed the move.

Such items are often used fleetingly before being thrown away, but the processes to break them down can take centuries and lead to pollution.

The Climate Change (Single Use Plastics) Regulations mean it will be illegal for businesses on the Island to sell or supply certain items, which have a sustainable alternative.

Businesses will be given 12 months to prepare before it becomes illegal to sell or supply single-use plastic straws, carrier bags, cutlery (including chopsticks), plates, stirrers, sticks for balloons and food and drink containers made from expanded polystyrene.

The ban also extends to cover rinse-off personal care products that contain micro-plastics and all products made from oxo-degradable plastic.

The majority of these items are listed under the European Plastic Directive, which aims to ban the 10 most commonly found SUP items on EU beaches, which alongside fishing gear, represent 70% of all European marine litter found.

“These products are used for seconds but the unnecessary waste contributes significantly to global greenhouse gas emissions. As a proud Biosphere nation that is committed to tackling the climate change emergency this is a great move for the Island.”

Last year, around 700 people shared their views on the plan with 90% agreeing all items should be axed. However, straws and stemmed swabs used in medical settings will be exempt following concerns raised in the same consultation.

Many local businesses and organisations have already made the choice to remove unnecessary SUP and new legal powers will ensure that all now follow suit. Individuals and businesses can find out more about the regulations by visiting www.gov.im and search for “plastics”.

l   Guidance for businesses is available online. Oxo-degradable plastic contains additives which make them break down faster into tiny fragments, (microplastics), which contaminate the environment and can end up in the food chain. The legal powers will sit under the Climate Change Act which gained Royal Assent in December 2021 as part of Government’s commitment to reach Net Zero by 2050. The ban plays a major part in the Isle of Man Government’s commitment to significantly reduce plastic consumption in line with its climate change goals.