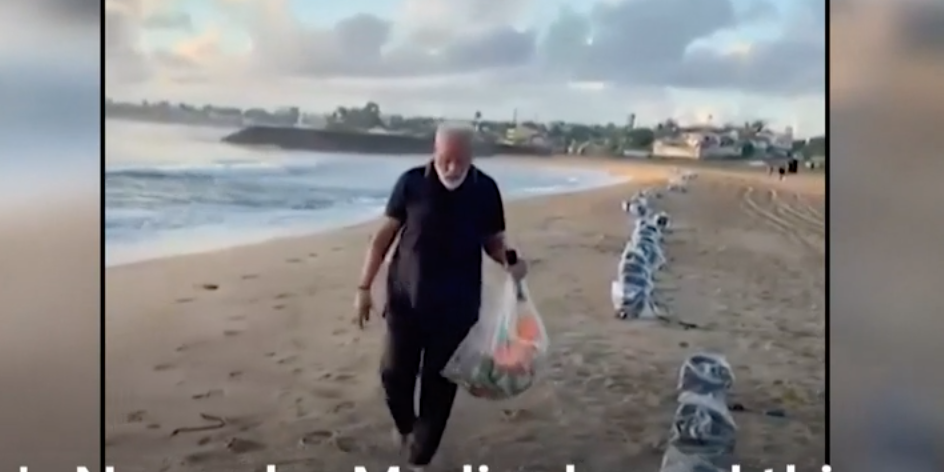 India’s Prime Minister, Narenda Modi, has been followed by the media as he picks up rubbish on a beach. Brilliant.

By sheer coincidence, only this last few days Beach Buddies has been asked to start a beach cleaning organisation in Kerala (southern tip of India). India is the source of unbelievably massive amounts of rubbish getting into the oceans.

Their policy until now has been to throw all rubbish in the streets or rivers and forget about it, or – simply and disgracefully – dump rubbish into the oceans.

We have recently established contacts with people in high political positions in Kerala and this could be something which makes a huge difference.

Do we have a kind local company might like to help Beach Buddies in this campaign to help fund some of the costs? It could be an absolute game-changer and undoubtedly the rest of the world will be watching, as India has a truly huge problem with the disposal of rubbish.