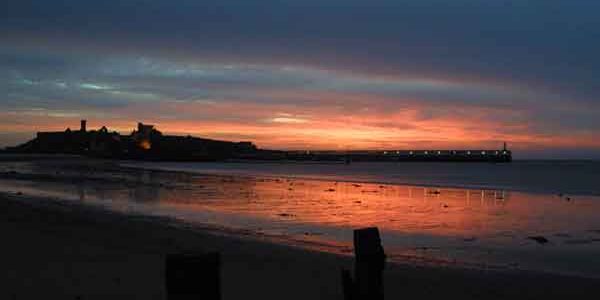 BEACH cleaning goes west this weekend with a volunteer session in Peel ahead of the brilliant Oie Voaldyn Fire Festival on Sunday May 1st. The meeting point is at the harbour swingbridge at 10.30am. Later in the day Beach Buddies is also involved in the Fire Festival itself.

Once again we had new volunteers taking part again last weekend when we tackled the beaches in the area of Brewery Bay, Port St Mary. Six new faces were spotted in a turnout of 47 volunteers who all did a great job in clearing the Brewery Bay coastline of rubbish.
On Sunday we aim to remove all rubbish from Peel beach, Fenella Beach, Peel Castle and the promenade, so that Peel looks immaculate for Oie Voaldyn and the thousands of people expected to visit the town on the day. There is entertainment from 2pm onwards with the spectacular Fire Festival parade in the evening, which is not to be missed.
See you there!
•  Beach Buddies is sponsored by FIM Capital and receives annual funding from DEFA.
Category: Latest News28th April 2022
Share this post
Share on FacebookShare on Facebook TweetShare on Twitter Pin itShare on Pinterest Share on LinkedInShare on LinkedIn