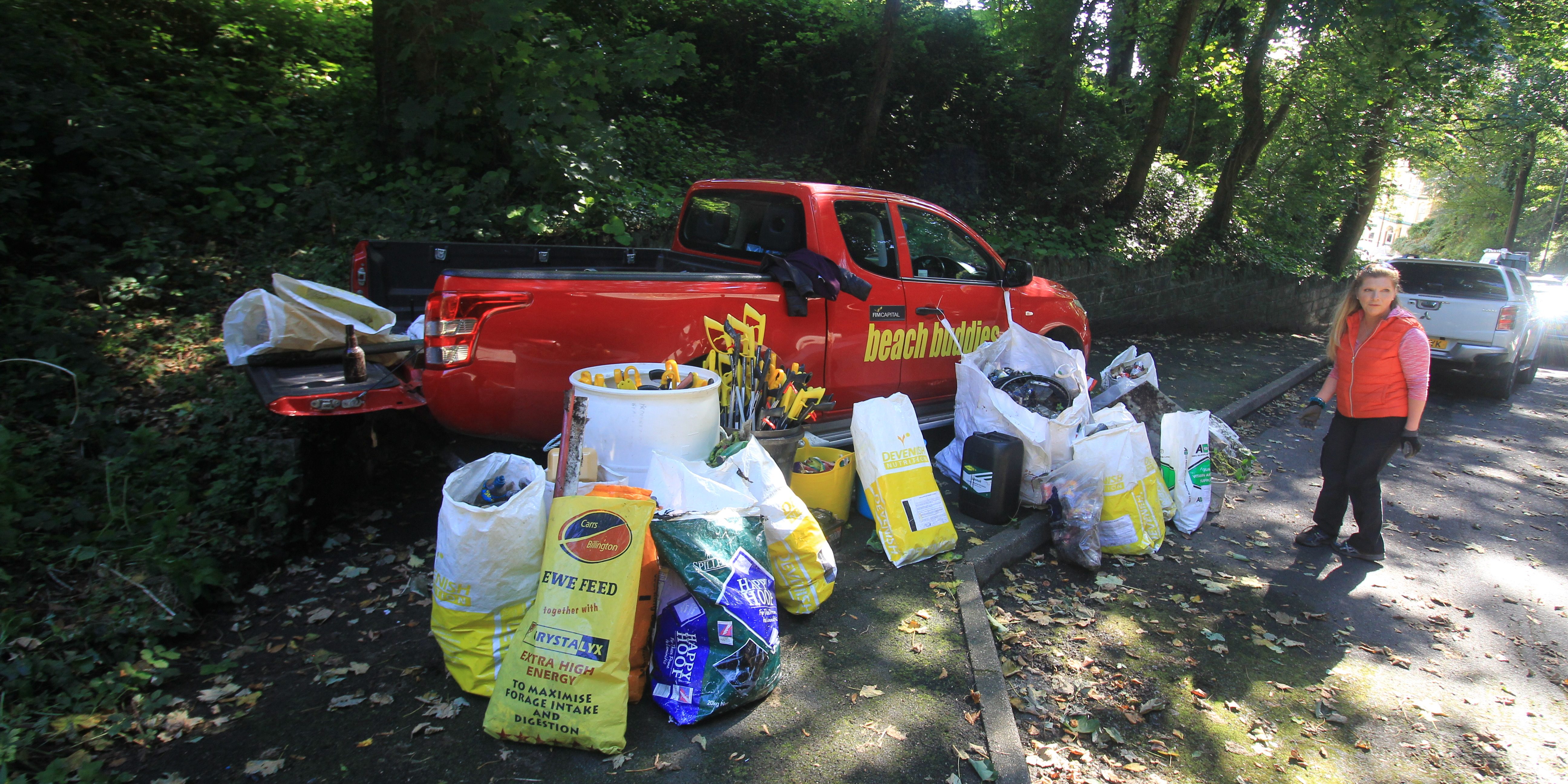 BEACH Buddies is fully in support of the call by Douglas Councillor Richie McNicholl to introduce heavy fines for people who litter the streets of the Isle of Man.
Beach Buddies has been saying this for years. We should be penalising the small percentage of people who are damaging the environment and wildlife by the careless disposal of litter.
We started campaigning for this more than ten years ago, but so far hardly anyone has been fined for littering. It’s appreciated that it’s very difficult to catch an offender ‘red-handed’, but we strongly believe new ideas should be investigated to pinpoint culprits, such as digital identification of fast food containers and plastic bottles.
Richie McNicholl, who chairs the Environmental Services Committee, insisted that they are fully aware there is a problem with littering in the capital.
However, he believes handing out financial penalties is the best way to clamp down on offenders. A 12-month membership for the KTB scheme would have cost ratepayers £1,200 but members rejected the idea.
Mr McNicholl said, “I think there should be more fines for those dropping litter. We don’t need to be told we have a problem.” However, Victoria Ward representative Ian Clague claimed “Council had started looking around for help.”
The KTB ‘Don’t Be A Tosser’ campaign was branded ‘ineffective’ in the Council chamber. “The only way to control the people dropping litter is hitting their wallets”, Mr McNicholl concluded.
Bill Dale, founder of Beach Buddies, said, “Councillor McNicholl has sadly often been almost a lone voice on this issue, but we all know that we are going to have to tackle this issue, not just in the Isle of Man but across the world.
“I look on this as an opportunity for the Isle of Man to do something bold and take the initiative. We have UNESCO Biosphere Reserve status – so tackling this issue is pretty much an obligation as far as I’m concerned.
“I can’t see any responsible person being against imposing heavy fines on people who are dumping litter, and making an example of a handful offenders I am fully confident will send a message to everyone that it is simply unacceptable.
“The Isle of Man can set an example for others to follow.”
• Our photograph shows the huge amount of rubbish – mostly fast food containers – removed earlier this year near The Arches in Douglas.
• Beach Buddies is sponsored by FIM Capital and receives annual funding from DEFA.
Category: Latest News12th December 2020
Share this post
Share on FacebookShare on Facebook TweetShare on Twitter Pin itShare on Pinterest Share on LinkedInShare on LinkedIn