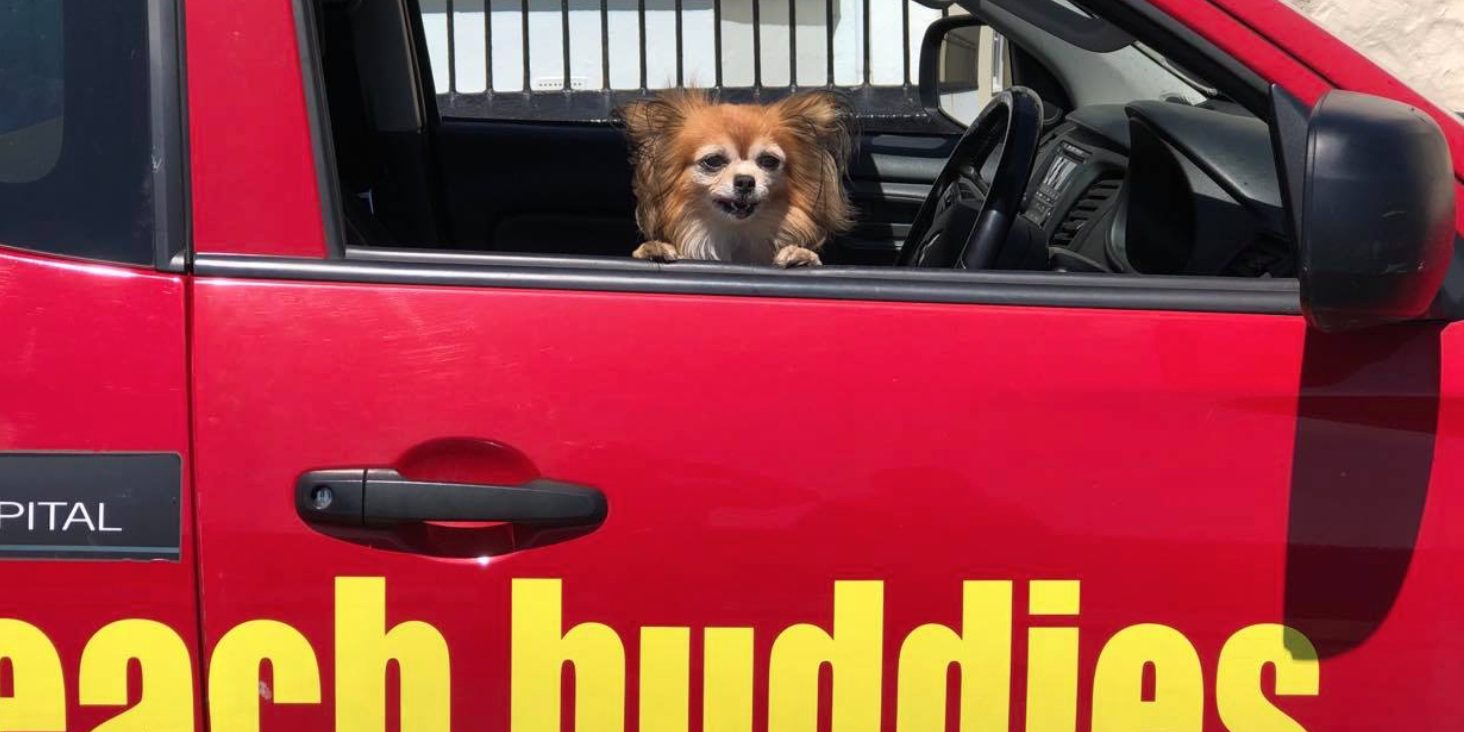 It is with the greatest sadness that Beach Buddies has to report the loss of the lovely little chihuahua Lulu who had become the very well known canine face of our charity this last few years.

We know that this sad news will resound around the Isle of Man’s schools where the “baby lion” was so well known amongst many children as the little dog that accompanied them at Beach Buddies’ events on the Island’s beaches.

Having lost all of the original dogs who inspired the creation of Beach Buddies in 2006, Lulu arrived in the last few years and immediately made an impact. She was small in stature, but had the heart of a lion, and a haircut early in 2021 indeed gave her the appearance of a “baby lion” – a comment we heard many times around the Island – and further afield.

Very recently, she accompanied us on setting up branches of Beach Buddies in the Scottish highlands and islands – and made another big impact with everyone she met, either on the beach or peering through the truck window.

In the last 12-18 months Lulu had to endure the debilitating effects of Cushings Disease – an illness which slowly takes a dog down. She fought on gallantly, but she suffered deteriorating health this last few months, and we knew she would eventually succumb. She had amazing spirit in the circumstances, and was happily involved in a beach cleaning event with King William’s College students in Castletown only a few weeks ago where everyone made a big fuss of her – something we had become very used to in the last two years.

Lulu passed away peacefully on Sunday night. This lovely little dog will be very much missed by us all, but will never be forgotten by Beach Buddies. Her amazing spirit will live on with us for ever.