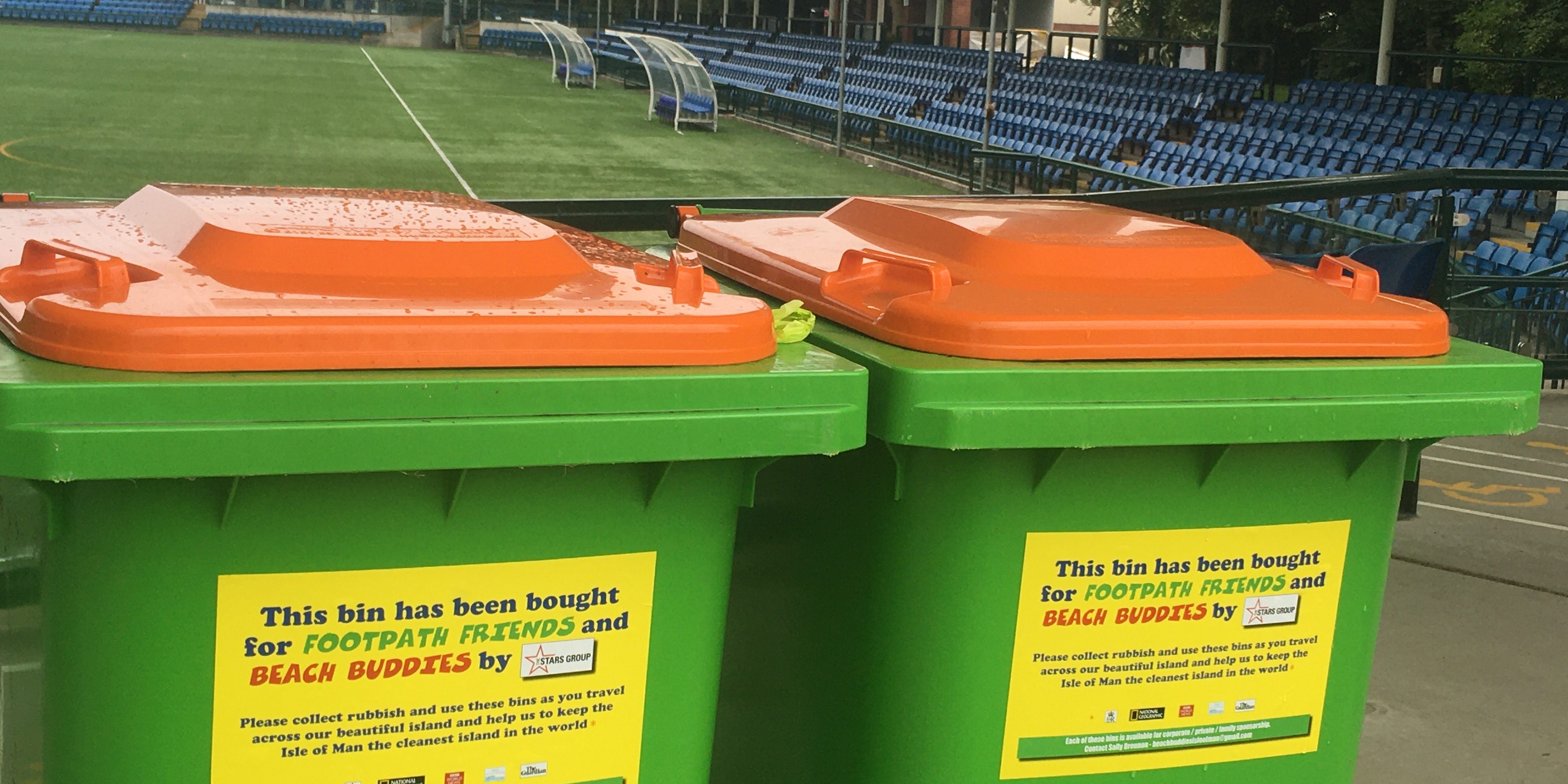 BEACH Buddies says it is “honoured” to have been involved in the first ever match for FC Isle of Man when they defeated Guernsey 1-0 at The Bowl in Douglas at the weekend.
The charity has a strong link to the organisation as one of the benefactors from the proceeds of ECOkit sales, and had a major presence at the match on Saturday night by placing ten Stars Group recycling bins around the stadium at the sell-out match.
The bins are the first to be seen in public as part of a major new programme by Beach Buddies at inland positions around the Island, and have been sponsored by The Stars Group.
“It was an honour to be linked with this very special moment in Manx football history,” said Beach Buddies’ founder Bill Dale. “We are really pleased to have such a very good connection with FC Isle of Man, and it was a great moment to see The Ravens win their first game.
“I’m not 100% in agreement with the penalty decision for the only goal, but I don’t think anyone could argue against the Isle of Man being the best side on the night, and that they deserved the victory.
“The whole event was exceptionally well organised. It was very professional and I am sure anyone who attended will have left very impressed.
“This unique game – perhaps the first football match in the British Isles with a proper crowd since the coronavirus outbreak – will undoubtedly go down in history.
“It was a privilege to be there and a special privilege for Beach  Buddies to be so closely involved.”
•  Since 2014 Beach Buddies has placed 42 bins in coastal locations around the Island, as well as organising an average of more than 240 beach cleaning events every year, spanning 100 miles of the coastline, with the involvement of an ever-growing number of volunteers which currently stands at more than 15,000. The new inland bins project will involve the positioning of 50 new bins at locations such as glens, parks, hiking trails and plantations, subject to permission from local authorities and government departments.
•  Beach Buddies is sponsored by FIM Capital and receives and support from DEFA.
Category: Latest News17th August 2020
Share this post
Share on FacebookShare on Facebook TweetShare on Twitter Pin itShare on Pinterest Share on LinkedInShare on LinkedIn