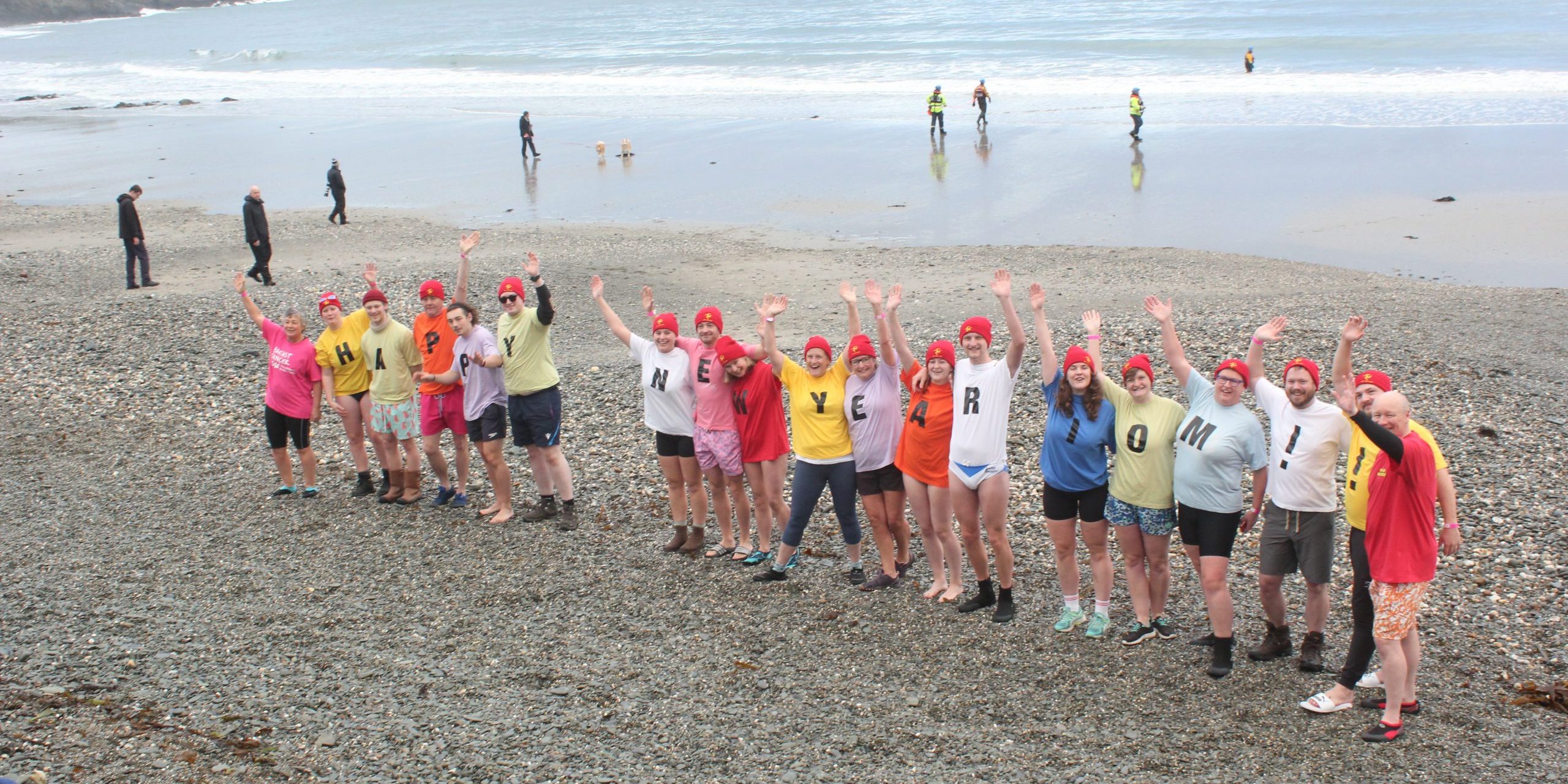 ANOTHER record number of people took part in the Douglas New Year Dip with more than 300 braving the conditions to raise money for the charities Breast Cancer Now and Beach Buddies.
It’s the third year in succession the record has been broken for the Douglas event, which included the Lieutenant Governor Sir John Lorimer and Lady Philippa Lorimer who are joint patrons of both charities.
Sir John and Lady Lorimer also brought with them a group of friends and relatives to join in the event which started with a hailstorm exactly at the 10am start time!
Angie Aire of Breast Cancer Now said, “We were a little concerned about an earlier start time than usual of 10am, but it didn’t stop us creating yet another new record. We will have the exact number once we have put all the figures together.
“We would very much like to thank our long-term sponsors Canada Life International and the many volunteers who helped on the day, especially the Coastguard, the Lifeboat and the St John Ambulance.
“The hailstorm at exactly 10am was greeted by a huge cheer from everyone and set the tone for another great event which finished in sunshine. It was cold, but it was a great day again and we are so grateful to everyone who took part in any way.”
Category: Latest News1st January 2023
Share this post
Share on FacebookShare on Facebook TweetShare on Twitter Pin itShare on Pinterest Share on LinkedInShare on LinkedIn