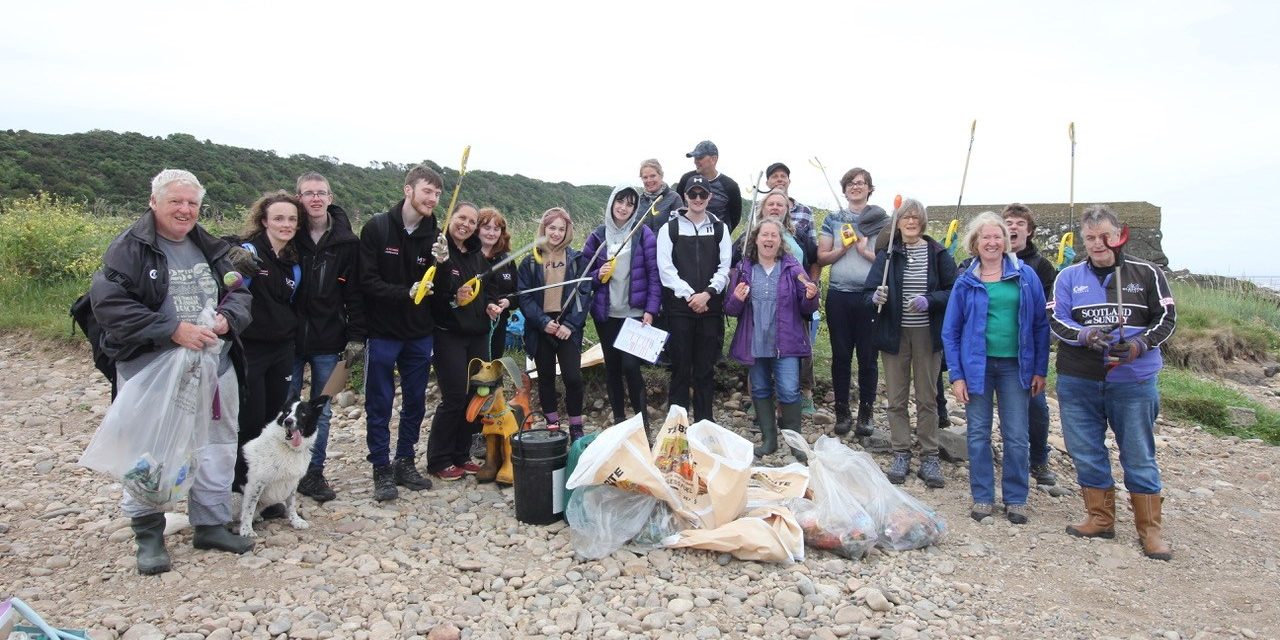 THE Isle of Arran and the Isle of Man have joined forces to tackle the issue of marine litter and beach cleaning, with the announcement of the creation of ‘Isle of Arran Beach Buddies’.

The link-up is the first inter-island connection on beach cleaning expertise by the charity Beach Buddies which was formed in the Isle of Man in 2007 and is hoped to kick-start a network to share knowledge and statistics throughout the British and Scottish islands.

A team from Beach Buddies – a registered charity – recently visited Arran to meet local volunteers to join forces in beach cleaning sessions on the north west and southern coastlines.

The visit, made possible by support from the Isle of Man Steam Packet Company, saw a team of 15 Beach Buddies’ officials and students from University College Isle of Man (UCIOM) arrive on Arran.

They also visited Arran’s Holy Island, took part in mountain hiking and hill walking and were treated to hospitality at the home of Arran beach cleaning supporters. The visit also saw the first ever appearance of ‘Buddy’ the Beach Buddies’ mascot, made from several wellington boots found on Manx beaches, who made quite an impact during his travels around Arran and en route. The Manx team stayed in hostel accommodation at Lochranza.

The visit was described as “an outstanding success” by Beach Buddies founder Bill Dale who received the British Empire Medal in 2017 from The Queen for services to the marine environment. The Isle of Man was also recently recognised by former Prime Minister Theresa May for having “the cleanest beaches in Europe.”

He added, “We have found that island communities are very committed to sorting out this problem, and we met some wonderful people on Arran who are keen to take a stand and set an example to the rest of the world.

“In the Isle of Man we have had an exceptional response from the community’s 85,000 residents and we have registered 13,000 volunteers. We hope we can help inspire Arran residents to get together to so something special for their island.”

Beach Buddies has provided its expertise and advice to ‘Isle of Arran Beach Buddies’ as the new group gains momentum, and it’s hoped that a presence in the Scottish Islands will potentially help to spread the word further afield about what can be achieved simply by people getting together because they care.

“This was a really worthwhile trip,” added Bill Dale, “and I want to say a special thankyou to the people of Arran for welcoming us and for your hospitality. We would also very much like to thank the Steam Packet Company for their considerable support and also to the UCIOM students who took part in numerous events to raise funds.

“This is the first time we have given official permission to another group to use the name Beach Buddies and, judging by the number of other countries making contact, this definitely won’t be the last.”