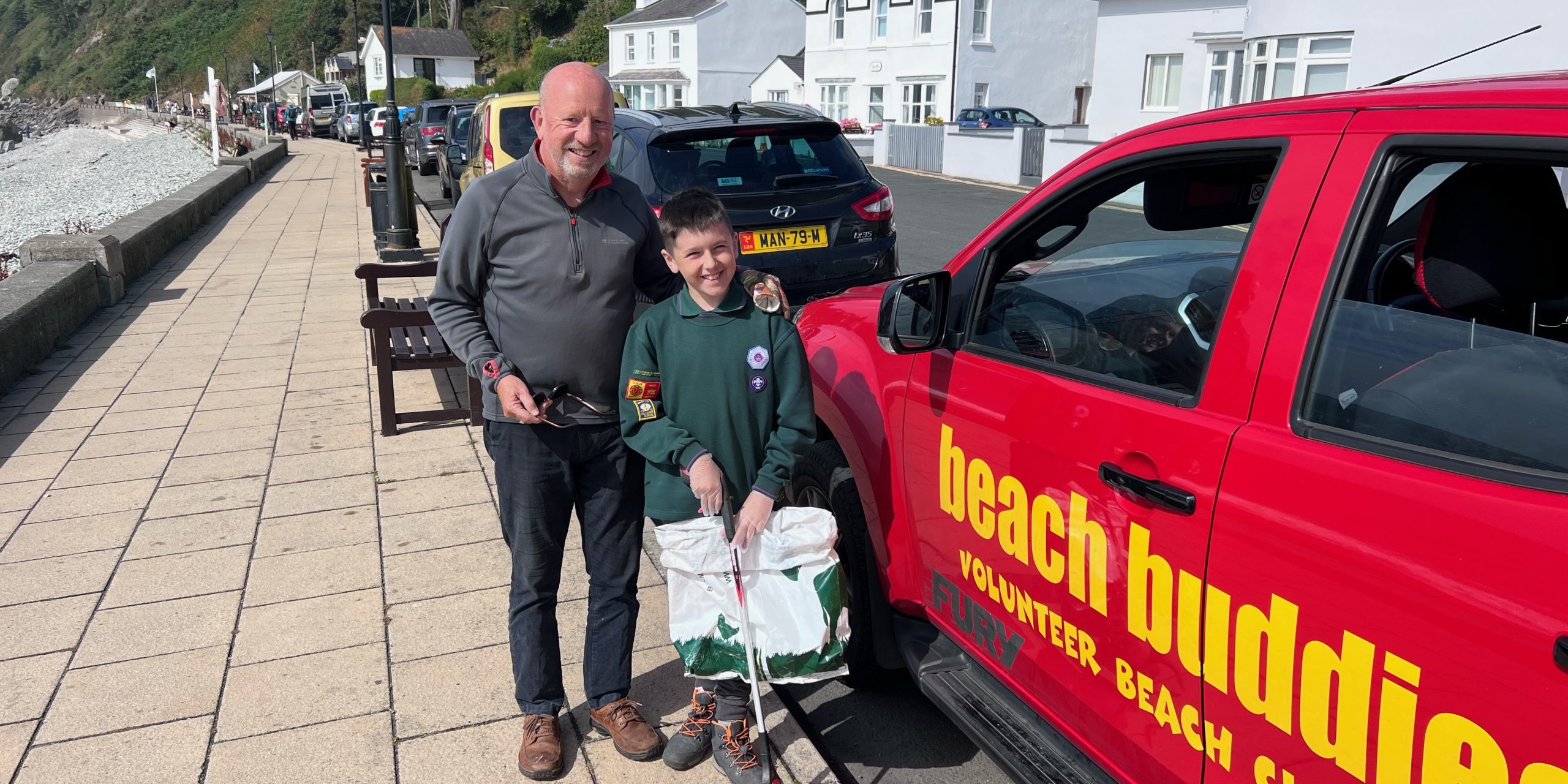 We had a great turn-out in Laxey yesterday when 52 volunteers (many joining for the first time) took part in a special community and beach clean-up around the village.
The volunteers included local politicians, members of the Commissioners and their clerk Martin Royle. Everyone was full of enthusiasm and very keen to join in.
Amongst the new faces we saw was a special little lad – Jacob King – who was on holiday from Birmingham and was really keen to take part in his first ever beach cleaning event.
He collected rubbish with his nannie Maggie Witts (a long-standing Beach Buddies volunteer) and enjoyed himself so much that he now wants to spread the message in his local area about how rubbish dropped in the street eventually ends up in the sea via drains and rivers.
It means that Beach Buddies has now appointed Jacob as our first ever “Beach Buddies Young Champion” and he plans to go back home next week and start encouraging his friends in Birmingham to get involved.
We have given him and his younger brother Lucas free litterpickers and we plan to travel to Birmingham in the coming months to see how our first ever “Champions” are spreading the word.
• Beach Buddies (sponsored by FIM Capital with annual funding from DEFA) is trying to spread the word around the world about what the Isle of Man has achieved in recent years. If you have young relatives or friends anywhere in Britain we would be very pleased to encourage them to become “Beach Buddies Young Champions” and hopefully kick-start a massive nationwide clean-up of the British Isles. Email:[email protected]
Category: Latest News25th July 2022
Share this post
Share on FacebookShare on Facebook TweetShare on Twitter Pin itShare on Pinterest Share on LinkedInShare on LinkedIn