“Magical” Lanterns on the Lake 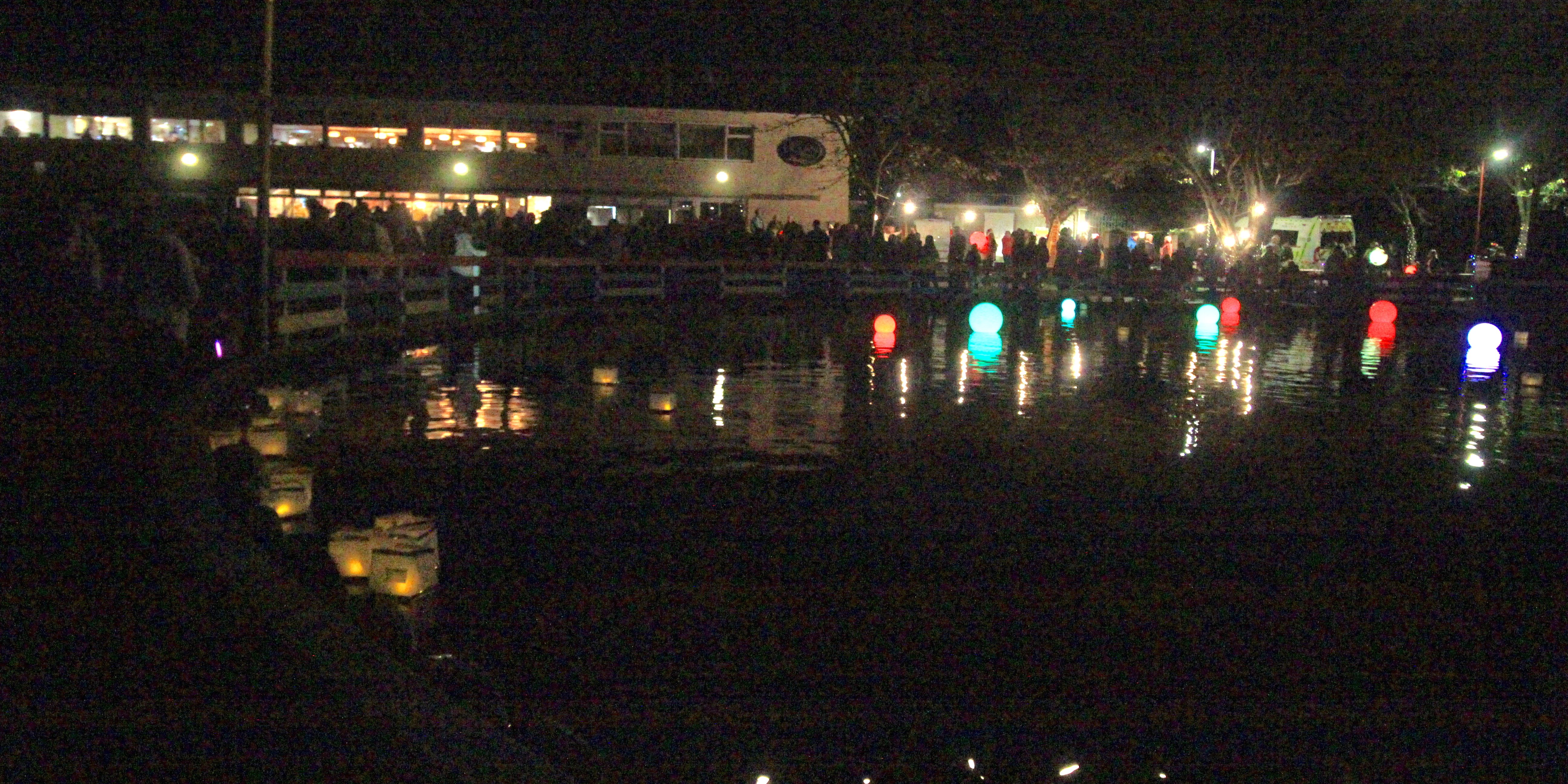 THE Lanterns on The Lake event at Onchan Park exceeded our expectations, after the disappointment of being postponed three times before it finally happened.
The atmosphere on the night can only be described as magical, and it was an opportunity for people to remember a lost loved one in a unique way, and the visual display was even better than we expected.
It was a great night and the attendance we have estimated at around 1,000, which was wonderful. All the proceeds will be split 50-50 between Breast Cancer Now and Beach Buddies. We will report the exact figure shortly.
Many thanks to our main sponsor Manx Telecom, St John Ambulance, Eric Fargher Limited, The Coastguard, Onchan Commissioners, the Lake Cafe, and an extra special thank you to Luminaires for the amazing floating balls which made the event so very special. We will definitely be doing this again in the future.
• Just to reassure anyone who was worried about what happened to the floating lanterns afterwards – we collected them all and we now have the mammoth task of trying to dry them all, so that they can be re-used again next year. Some have been damaged beyond repair, and have been sent for recycling. But most appear to have survived intact and will definitely be used again.
• Beach Buddies is sponsored by FIM Capital and receives annual support from DEFA.
Category: Latest News12th October 2020
Share this post
Share on FacebookShare on Facebook TweetShare on Twitter Pin itShare on Pinterest Share on LinkedInShare on LinkedIn