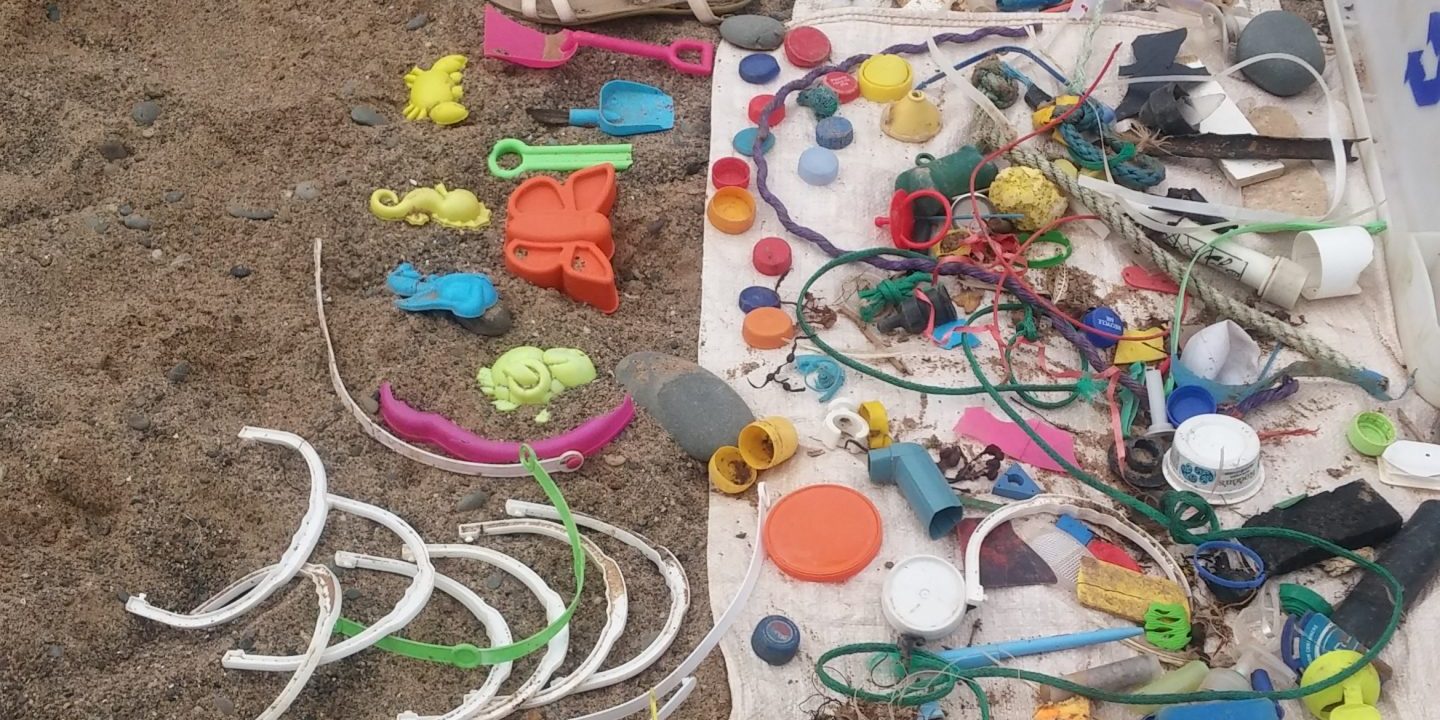 OUR good friend Mike Fitzpatrick has continued his long-standing beach cleaning efforts in the north of the Island and provided photographs of the wide range of items he has found during his exploits whilst running along the beaches.
Not everything in the photograph was picked on the same day. Mike is a keen runner and some years ago started running along beaches on the north coast when he decided he would also pick up any rubbish that he found.
He said, “When I’m running to Cranstal I might find something like a large plant pot and then pick enough rubbish until it’s full and leave it next to a large rock. Then when I have enough piles collected over the course of a week or two I have a “pulling in day” when I go along with a crate and collect up all the small piles at once.”
Mike has collected huge numbers of items over recent years and his latest photograph shows the diversity of things we continue to find on Manx beaches, and particularly the prevalence of plastics which continue to dominate the items found.
Mike – you are a star and a great example to everyone!
Category: Latest News21st November 2022
Share this post
Share on FacebookShare on Facebook TweetShare on Twitter Pin itShare on Pinterest Share on LinkedInShare on LinkedIn