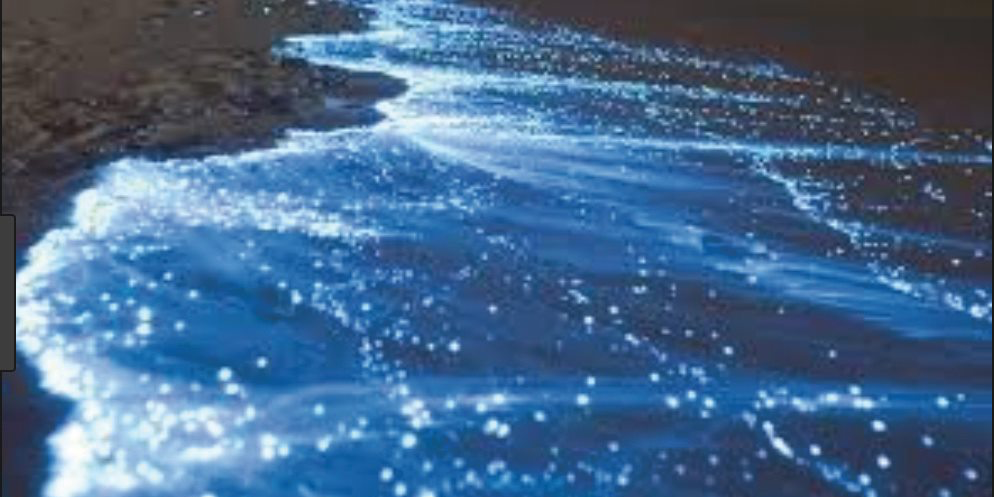 RED COLOUR IN THE SEA COMES WITH AN UNEXPECTED BONUS

WE HAVE had a report from regular Beach Buddies’ volunteer and very keen supporter Gill Skinner that some major discolouration of the sea has been spotted on Douglas beach.

This is something which happened last year during the hot spell of weather around the same time.

The red patches are a natural phenomenon, and there is a great bonus to this – they sparkle beautifully along the coastline at night time.

The species name Noctiluca means ‘shines by night’ and the blooms of the organism around the Island provided some spectacular bioluminescence along the shore line at night. The plants are able to emit light when agitated, possibly as a defence mechanism to stop themselves from being eaten.

These light-emitting properties are reflected in the species’ common names which are ‘Sea Sparkle’ or ‘Fire of the Sea’.

Whilst the algae was non-toxic it is possible that dense blooms could also attract other organisms such as jellyfish which feed on Noctiluca. The public are therefore advised by DEFA to avoid swimming through patches of water that are clearly discoloured.

• If you take any photographs please send and Beach Buddies will use them in our next “Our Island” magazine. ([email protected])