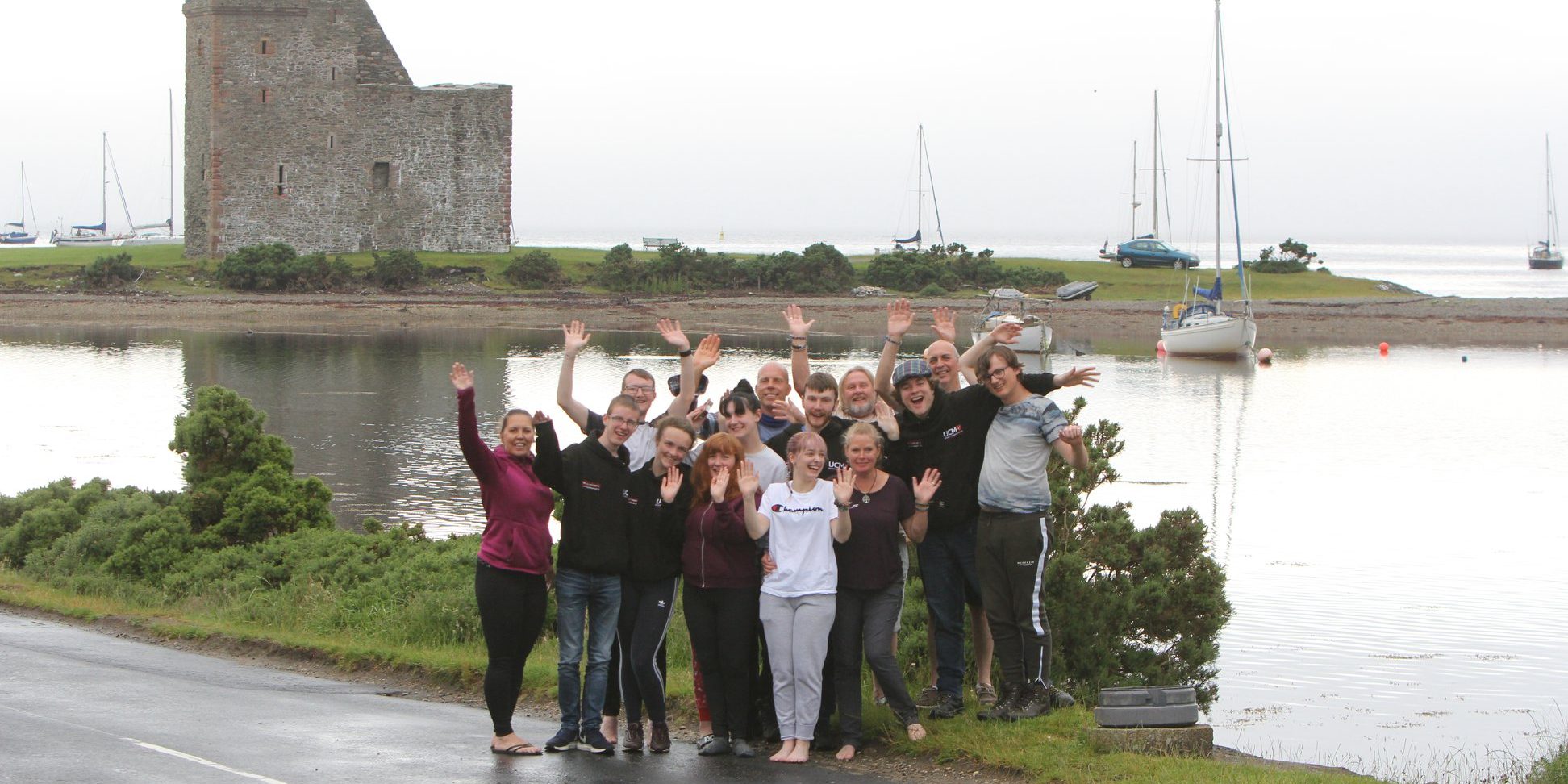 THE FIRST inter-island connection on beach cleaning expertise has been created between the Isle of Man and the Isle of Arran, following a visit to the Scottish isle by the Manx charity.

The Isle of Arran is now linked to the Isle of Man to share knowledge and statistics on beach cleaning, with plans to very shortly announce the creation of ‘Isle of Arran Beach Buddies’.

The visit, made possible by the support of the Isle of Man Steam Packet Company, saw a team of 15 Beach Buddies’ officials and students from University College Isle of Man (UCIOM) meet volunteer beach cleaners on Arran last week.

They also visited Arran’s Holy Island, took part in mountain hiking and were treated to hospitality at the home of beach cleaning supporters. The visit also saw the first ever appearance of ‘Buddy’ the Beach Buddies’ mascot, made from several wellington boots found on Manx beaches, who made quite an impact during his travels around Arran and en route.

The Steam Packet provided free ferry transport for the Beach Buddies’ truck and a mini bus carrying the volunteers. The team stayed in hostel accommodation at Lochranza on the northern coast and were greeted on their first evening by a group of magnificent stags grazing on grass at the water’s edge just a short distance away.

The Manx team found that the Isle of Arran, with a population of only 4,600, does not have potentially large numbers of volunteers for beach cleaning, however its marine litter problems are not as severe as in the Isle of Man.

“Geography plays a big part in this,” said Beach Buddies founder Bill Dale. “Arran is in the middle of what you might call a ‘large lake in the sea’ and surrounded by very large land masses which collect most of the plastics and other materials.

“The Scottish mainland is only a short distance away and Kintyre is really close, so Arran is very much protected – unlike the Isle of Man where we receive large amounts of marine litter from not only the Irish Sea, but the entire Atlantic Ocean.

“The Isle of Arran, therefore, is very much protected from marine litter, simply by its geographic position, leading to relatively small amounts of plastics and other materials reaching its beaches.

“But that’s not to say Arran doesn’t have the same problem as everywhere else in the world. We found plenty of small plastics and items from the fishing industry identical to those we find at home.”

Beach Buddies will provide its expertise and advice to the new ‘Isle of Arran Beach Buddies’ as the new group gains momentum, and it’s hoped that a presence in the Scottish Islands will potentially help to spread the word further afield about the achievements in the Isle of Man recently recognised by Prime Minister Theresa May for having “the cleanest beaches in Europe.”

“This was a really worthwhile trip,” added Bill Dale, “and I want to say a special thankyou to the Steam Packet Company for their considerable support and also to the UCIOM students who took part in numerous events to raise funds.

“This is the first time we have given official permission to another group to use the name Beach Buddies and, judging by the number of other countries making contact in recent months, this definitely won’t be the last.”

• Beach Buddies is sponsored by FIM Capital and receives annual support from DEFA.