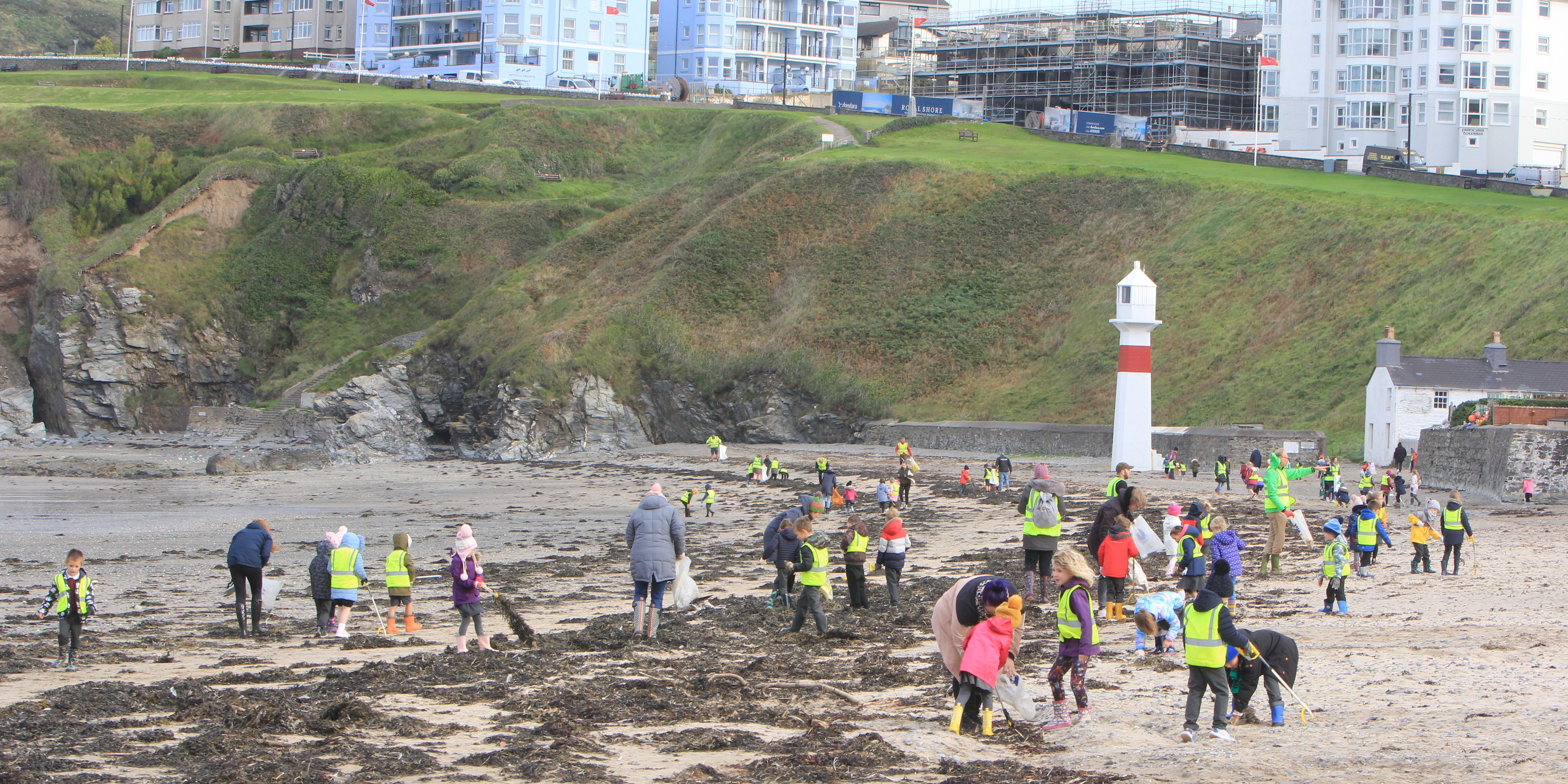 BEACH Buddies has paid tribute to Rushen Primary School for setting “a fantastic example to everyone” after officially adopting Port Erin beach and promising to keep it clean.

They have joined forces with the Rotary Club of Rushen & Western Mann, Port Erin Commissioners and Beach Buddies with a promise to hold regular beach cleaning sessions on the south’s most popular beach.

In the school’s latest event, around 100 children aged between 5 and 11 took part in a massive beach cleaning event, removing large amounts of litter. The school is now also extending its commitment to the community with events planned around the town in places such as glens and parks.

Regular events have been held by the school for several years and the school decided recently it wanted to make a long-term commitment.

The connection between Beach Buddies and Rushen Primary School goes back to 2013 when the school was the first on the Island to invite the charity to speak to a full assembly, under former head teacher Tom Thompson.

The response from the school was immediate and regular beach cleaning sessions have taken place ever since on Port Erin beach, including one special day when they were filmed by BBC Television for a news bulletin on BBC NorthWest News and a special feature on the BBC “Inside Out” series in 2019.

The relationship between the charity and the school has continued to grow, and many of the children who moved onto secondary school education have since become regular weekend volunteers for beach cleaning and community clean-up sessions.

“This has been nothing short of remarkable,” said Beach  Buddies’ founder Bill Dale. “And the big unexpected bonus has been the huge number of parents who have joined in at weekend as a result of their children’s enthusiastic messages when they go home.

“The people of the Isle of Man are setting a worldwide example, and a huge part of this is down to the way Beach Buddies has been so warmly welcomed into all the schools.

“The Island’s schools have been setting a fantastic example to everyone.”